May 2020 Build of the Month Competition 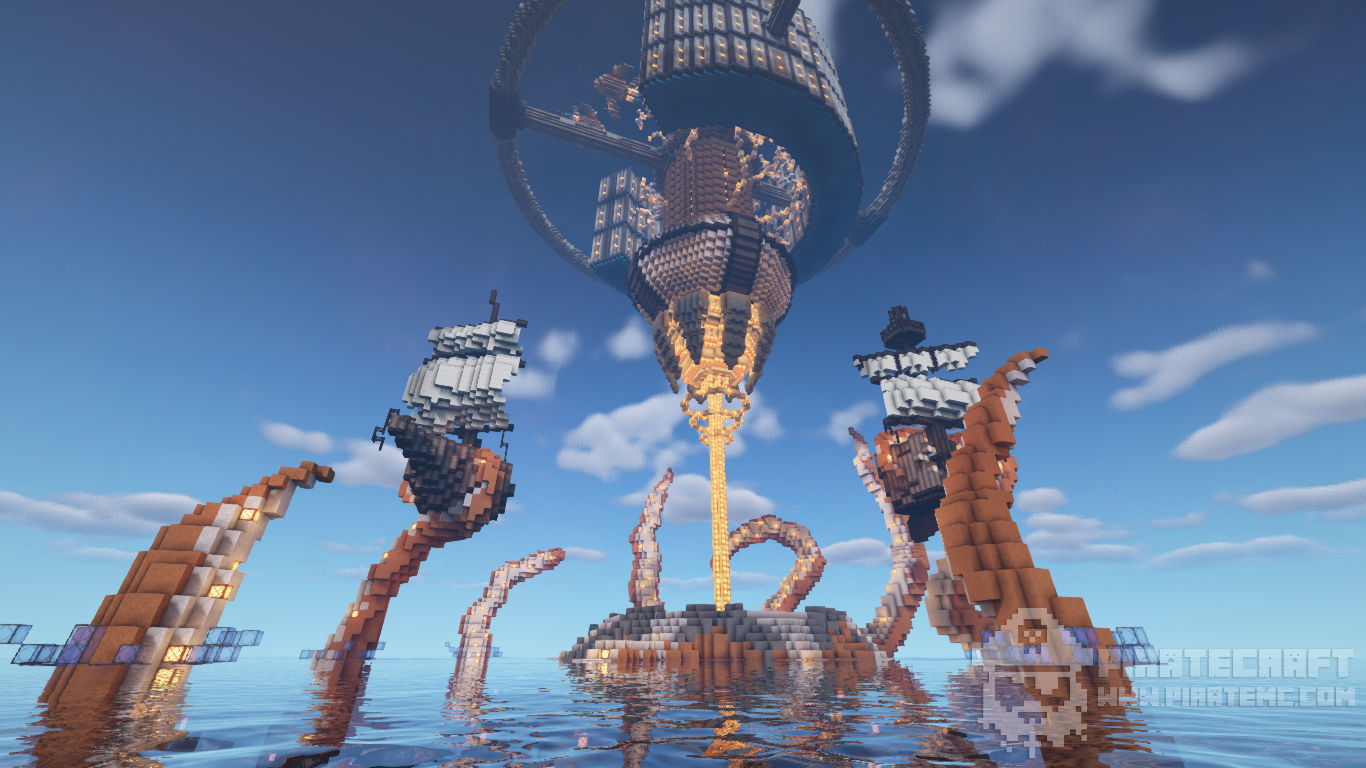 Hey Pirates! This build competition was truly amazing. We had a range of entries from chapels to warships, with each one looking absolutely stunning. So please, go ahead and view these marvelous builds!

Also, don’t forget to let us know which build is your favourite in the comments section below!

From this building, the events of the TNE crew are controlled.

The USS Iron Snail is an ocean-going turreted ironclad, circa 1865. Powered by 10 single-ended oval boilers, driving the single-compound engine at a top speed of 16kts. This ship is a typical example of the age coming from sail and transitioning to steam alone.

We got inspired by the “Deathstar” ship in a browser sci-fi game called Ogame, which we played plenty of in the past years. It is our most ambitious build ever completed in survival.

“The Deathstar is the most powerful spaceship ever created. This moon sized ship is the only ship that can be seen with the naked eye on the ground. By the time you spot it, unfortunately, it is too late to do anything.”

Emperor of the Villagers

A large Japanese-style castle built in the middle of a compound which features several watchtowers in the same style.

A 1:1 scale replica of the real cathedral built in 1418-1577. It’s a very famous landmark in Italy, now thoughtfully reconstructed in PirateCraft.

This is a town I built, and still building. If you wanna look at it just pm me, LEGQMAN.

The first ship built for the Moria Navy, brandishing 38 cannons, 3 decks, and a secure storage vault for long sea journeys.

Dear reader, you have stumbled upon the international airport of Sixty Nine Incorporated. It’s small design is specially made for fitting onto the roof. So yes, it is a roof airport.

A nearly 1/4 scale model of the Colosseum in Rome, Italy.

I absolutely love the builds this month! Make sure to get working on your next submission for the upcoming competition in July, good luck you filthy pirates.

View Other posts by SpikyCactus

Categorised in: PirateCraft Build of the Month