July 2019 Build of the Month Competition 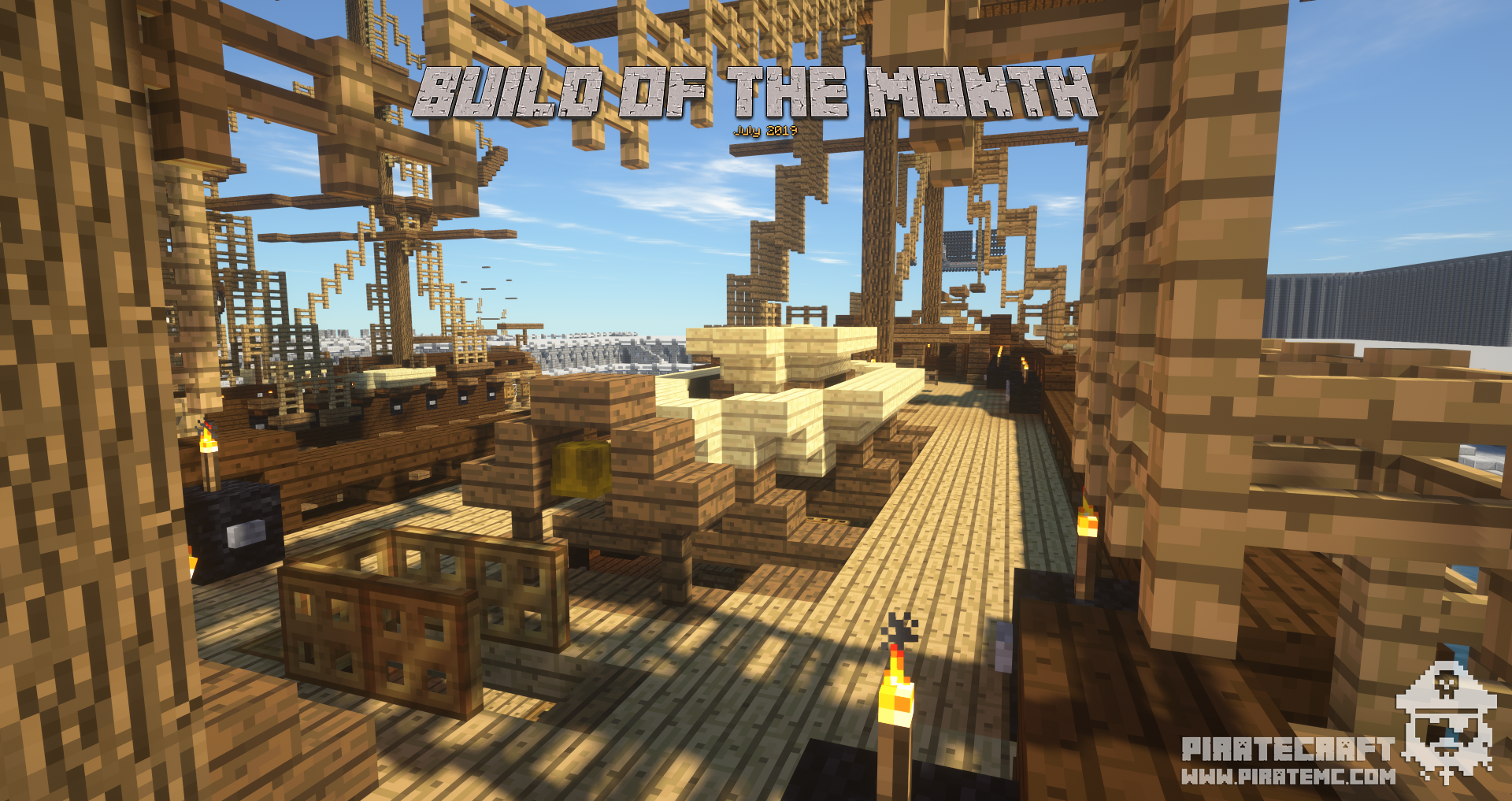 Add a comment for your favourite build to sway the judges to vote.

This massive quartz and white concrete build is home to 60 villagers. It is open to the Public for anybody to come and trade with them.

HMS Torrington is an Indiaman owned by Bazurka. It is the flagship of the British Empire’s Port Royal Squadron.

A simple dirt hut in which Nado started his PMC life. Made from the finest, 100% organic dirt.

The Dreadnought-Class submarine is the largest and most powerful submarine in the British fleet. It is used for scouting missions on enemy bases and as a mobile base for raids.

This giant skelleton confirms the past excistance of giant humanoid like creatures. Rumored to be a great pirate named Jones pirates and explorers alike still dream of finding his hidden treasure.

As the foul stench wafts over the city, the outcasts revel in it. Deep below the Sewage Treatment facility lies the catacombs of trash and toxic waste, lay societies mistakes lurking in the darkness; in makeshift shacks of garbage, wood, waste and other, they live in the shadows ready to carry on with life. Occasionally peaking through the many dumpsites throughout the premises, it is not uncommon to witness a small portion of them through pipes and gutters. Careful – they aren’t called outcasts for nothing.

The Castle is composed of four bastions and a main central body; following the plan of a 19th century military fortification. On top sits a snowy landscape fitted with an ice boat racing track and plenty of vegetation. A small Observatory Tower is located on the western wall. The castle is home to the Endorien Council Room.

Want to enter next month’s BotM? Rules will be the same as for this one! You have until the 20th of August to enter, you can find out more information and enter here.