June 2019 Build of the Month Competition 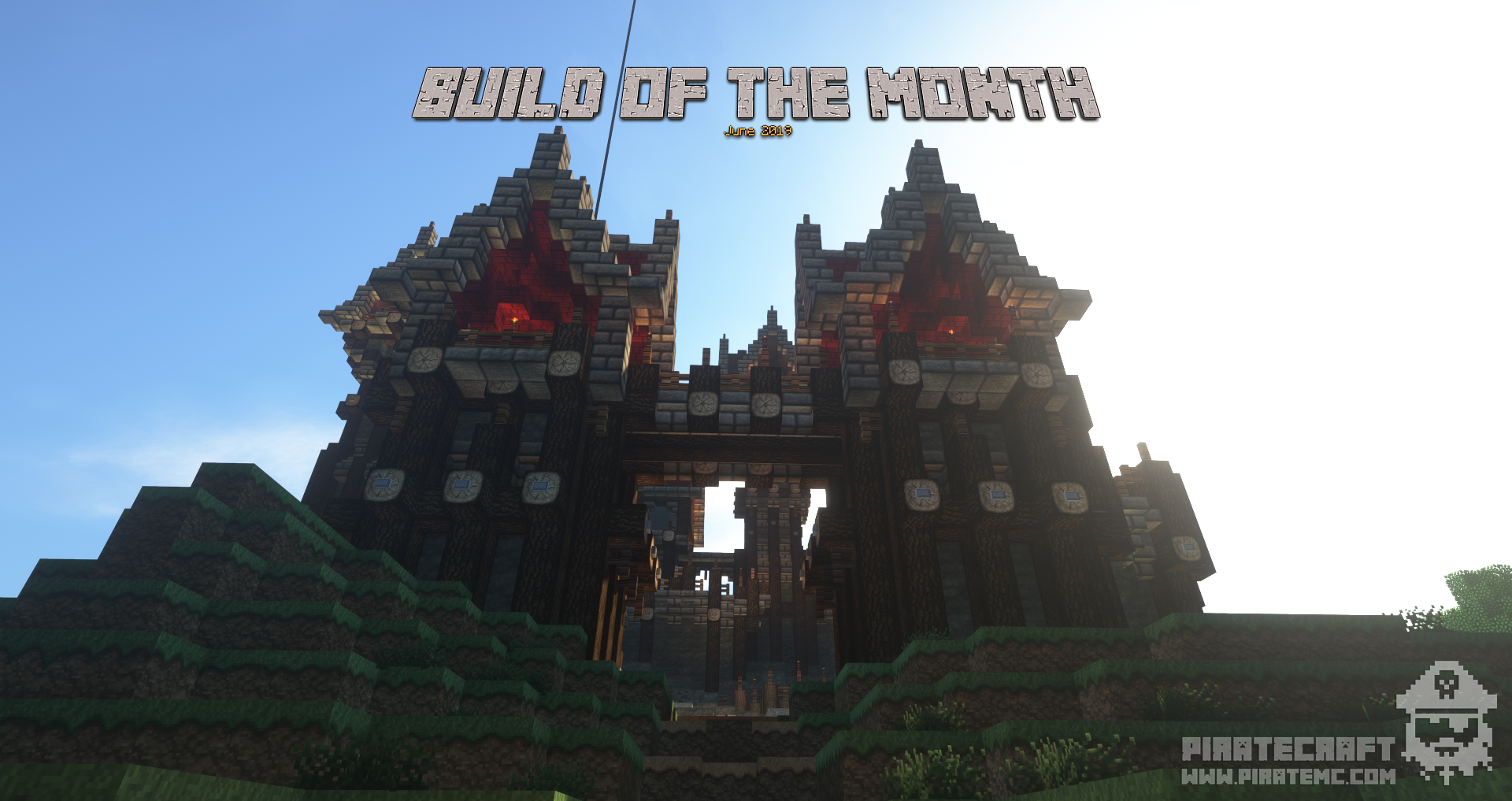 Add a comment for your favourite build to sway the judges to vote.

After horrendous griefing on the base, repairs went a little too over the top. With a new theme, the once solemn base has become a giant plant kingdom, taking over the ruins and creating a new paradise.

The Olymp was magically created by the grand architect Pashjn and is a symbol of the power and wealth of House Indoril. It maintains peace and protection in the lands of Vvardenfell. All of its residents had to be evacuated as Armin the giant had chosen to go to sleep beneath the Olymp; his snoring sending vibrations through the Olymp and causing it to shake.

A large, fairy-tale castle straight out of Germany. Its luxurious facade is matched only by the grandeur of the space inside. It overlooks the nearby British port of Ceylon.

This massive quartz and white concrete build is home to 60 villagers. It is open to the Public for anybody to come and trade with them.

An old Italian ship designed for the open seas to trade materials. Run by the Italian Trading Company, and armed with several cannons, this ship promises high speeds and safe journeys for even the most valuable of goods.

Current flagship of the Xenian Navy, stationed in the port of Xenia. The design was inspired by the French ‘Océan-class’ from 1788, boasting 120 cannons.

Want to enter next month’s BotM? Rules will be the same as for this one! You have until the 14th of July to enter, you can find out more information and enter on this forum competitions thread.