May 2019 Build of the Month Competition 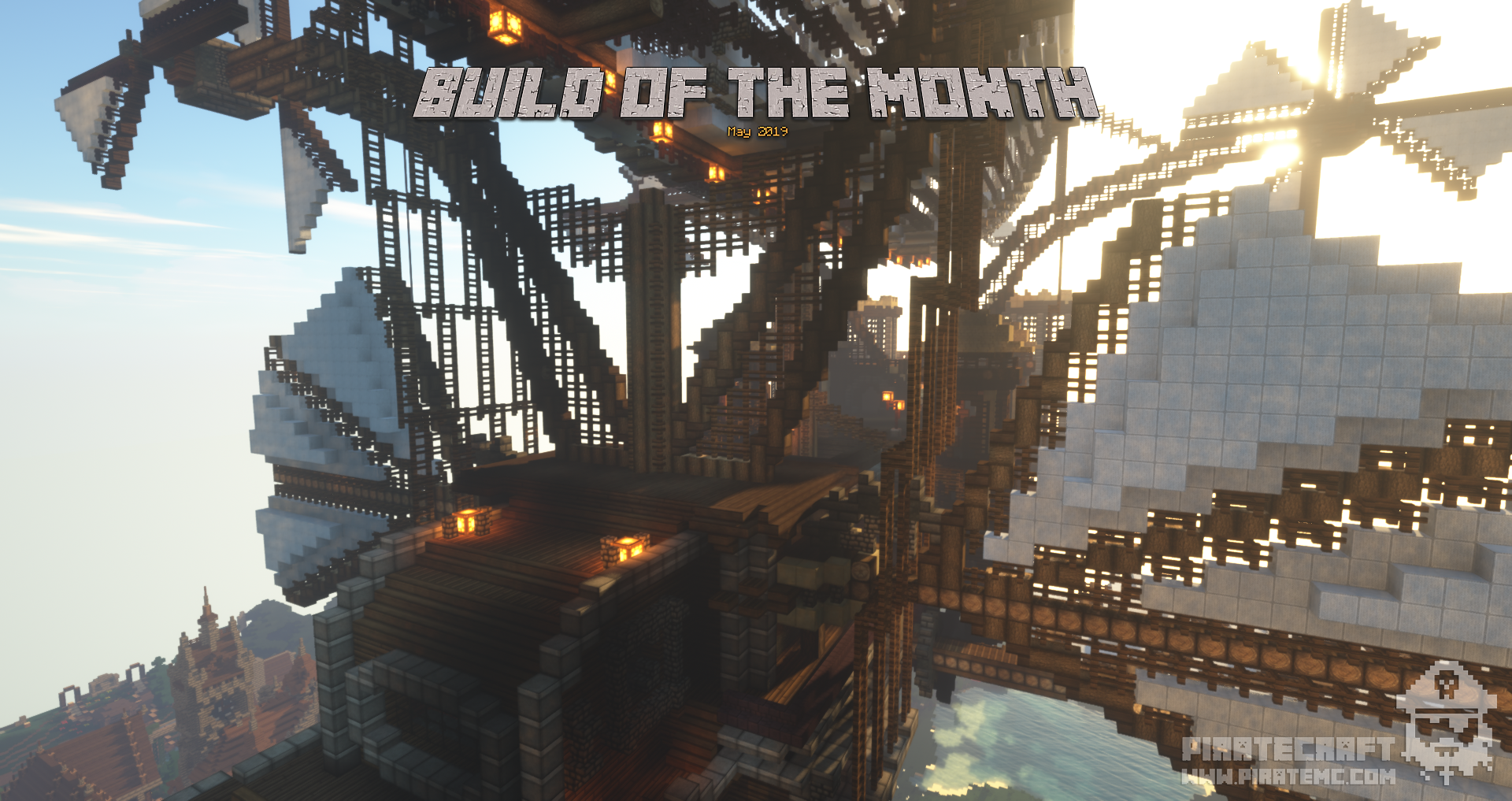 Behold the entries of the BotM May! Maybe add a comment and convince the Judges to vote for the build you like best.

Among the desolate lands of the End lies a majestic castle, the capital of the continent of Frevance; New Mariejois. The former home of a forsaken nobleman who abandoned his cruel parents, tainted with tales of treachery. The sole inhabitant of the opulent castle, feared among the nobles dreading his revenge. A lavish exterior houses an interior to match, with rumours of a secret laboratory underneath – constructed by a mad scientist who uses forbidden techniques in surgery to create his loyal lab assistants.

Eastguard is a military base in order to keep threats from stepping in the whispering forest. It sets the eastern border of Ald Ruhn. Lord commander of Eastguard is Cottage.

Ahoy! Welcome aboard the Endorian Ship Tripoli! She is an Indiaman of over 3500 blocks based off of the frigates of the 18th century. Admire her 19 guns ready for combat against all but the most ferocious ships and the strongest batteries. Gaggle at her 3 masts full of sail, sure to make shooting her sails out to immobilize her no easy feat. Spend the night in the captain’s cabin, and watch the sun rise from the crow’s nest while enjoying a glass of grog from the hold. Ready to defend and to cruise, the Tripoli is sure to impress.

The great Verussian parliament of the Mariy’araan stands tall against the government district in downtown Charbeliyene. With spirals pointing high in the sky, the exceptionally intricate details outside showcase the high status of government. Within, tall bookshelves tell tales of Verussian foundation, and chandeliers shine light onto ages past with respect to futures to come; within the grand atrium, colors of blue and white welcome the prestigious in to vote and debate.

The Church of the Holy Record

A church created to house the followers of the Holy Record, a music disk with great religious significance.

The Dome of Freedom

The Republic of Freedom stands for how hard work can result in your own freedom. A free place ice dome where you can wander the grasses in peace and harmony. It’s walls protect bad things from the outside, and keep the good things on the inside.

How do I enter the next Build of the month?

Keep an eye out on the forums and join our discord!