April 2019 Build of the Month Competition 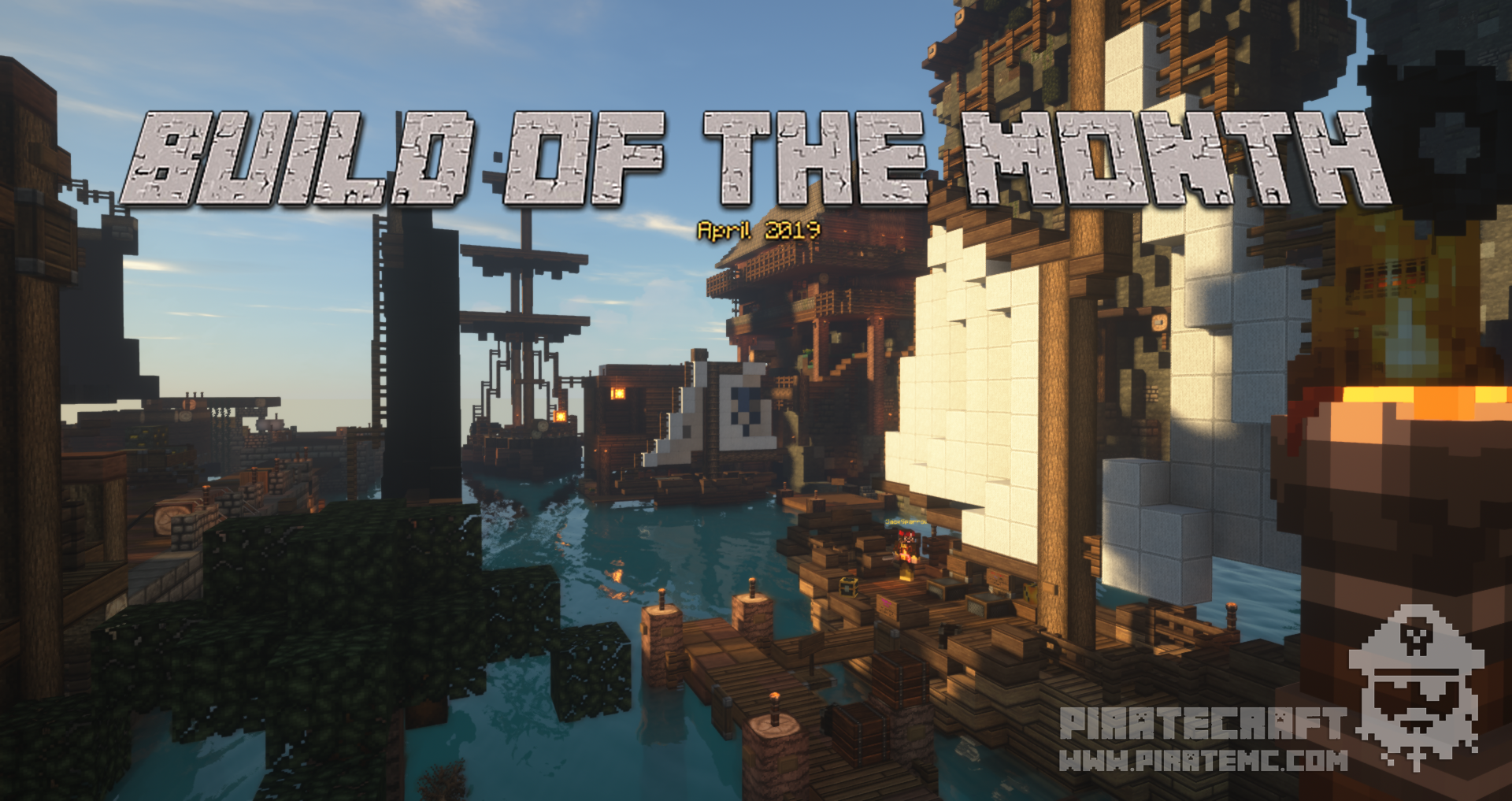 Arr fellow Pirates! We are reviving the BotM competition, entries for this month are closed but fear not for by the dead gods grace we shall have another next month!

Behold the entries of the BotM April! Maybe add a comment and convince the Judges for the build you like best.

Government Office of The British Empire

The Office where all British-Empire officials meet. A detailed build on the shore of the River Thames crowned by a great glass dome.

He’s been working out since the last BotM and hopes to win your vote. Look at those washboard abs of Dylan. He’s a specimen worthy of your vote!

Red Mountain is said to have been carved out of an active volcano, granting the smiths access to a forge, powered by the Earth itself.

A great 100% Italian bridge built in memory of the real Morandi Bridge.

A huge steampunk styled airship that hovers over the TNE capital. Build out of an estimated 30.000 Blocks this Airship is truly one of its kind!

A fortress that serves as a base for a small Japanese navy.

Nestled within a valley, protected by the large mystical mountains of Verussia, lies the fallen temple of the Lost. The once pristine temple since ruined and abandoned – thought to have existed prior to the mountains themselves – void of human life. The mountain a test of time, holding within its dark secrets. Some speculate, the monks awoke to the mountain appearing suddenly overnight – it is only until the rebirth of the world, that we may see it shift and travel once more. The Verussians, wait attentively.

A Japanese castle with 5 layered rooms and unique roofs on each. a 25 by 25 base on the bottom lifted off the ground and built from stone, stone brick, bone, and iron bars.

The Nisrei Palace holds some of the rarest and most sought-after relics of the server. Open to only the most prestige of the government, and the luckiest members, are granted permission to see its internal beauty. Withstanding several sieges, and sitting on top of one of the most secure vaults of PirateCraft.

How do I enter the next Build of the month?

Keep an eye out on the Forums and join our discord!

Celebrate this Easter with 30% off the Contributor store with Coupon code PirateBasket.

We have a Pirate easter basket at /warp cove that you can use keys to unlock goodies, left click to view the contents and right click with a key to have a chance in winning!

Keys are Dropped once an hour to a random player online, you can also go buy yourself 15x keys from the Contributor store, these will only be up for a very short time so get them now!