February 2018 Build of the Month Winners! 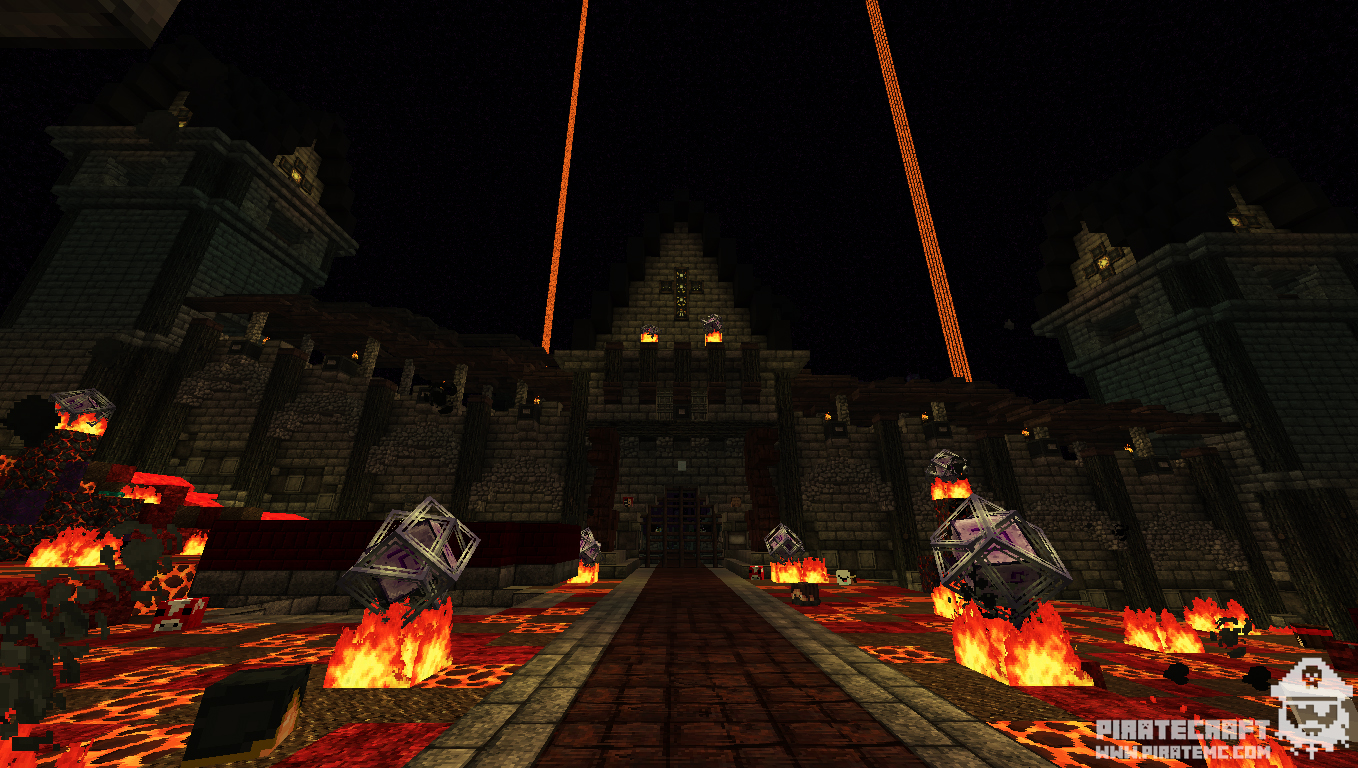 Bombarding the vote system from a new angle, staff were the deciding factor that cast the four winners for PirateCraft Build of the Month February 2018.

A note for next months competition, you do not need to build the BOTM entry in that month, you could submit an existing build you made years ago! We will also be looking into a Creative BOTM soon too, so keep your eyes peeled on the forums!

A spooky location for a very spooky build. We’ve not had anything quite like this before in the End – making it by far the largest (and probably only) town in that dimension. Some of you will also recognize this build from the Halloween event from last year, to which JUSA kindly agreed to lend it to us.

A beautiful garden built far underground into a large open cave, with houses built into the walls, connected with walkways. This build looks great in low light levels, making full use of its eerie and peaceful atmosphere!

A very well detailed structure that is sure to stand proud in any town! This tall build stands over its town, always telling its folk the time – that being 3 o’clock. Simply beautiful from every angle, but I’d get that clock checked out.

Last but not least, a fabulous little base with a variety of different styles going on. From medieval walls, to pagodas, to a techno style underwater area. This build has something for everyone – and who would have thought that it works so well together! Something truly unique.

Staff will now vote for the winner over the next few days, and a follow up post will follow announcing the winners. Stay tuned and good luck!

Have a build you want to enter for BOTM to be in for the chance to win big prizes? You gotta be in it to win it! Enter March BOTM 2018 on the forums now!

The topic ‘February 2018 Build of the Month Winners!’ is closed to new replies.